With opioids, just a tiny speck can kill. 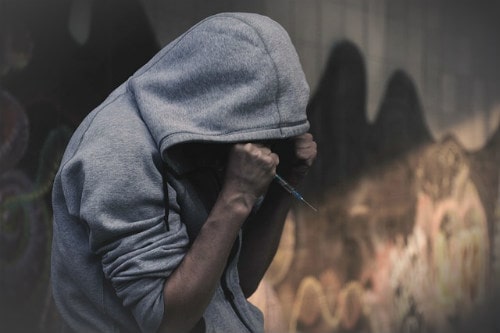 A person doesn’t have to be an opioid abuser to be injured or killed by the drug. Children and first responders are among those at risk of injury or death from accidental exposure.
​
Fatal Doses:
The individual’s size, body chemistry, tolerance, and general health can all play a role into whether a dose is lethal. Obviously, the same amount would affect a child differently than an adult who has a history of abusing opiates.Heroin:  30 milligrams — or a little less than a half a pack of sugar — can be deadly.

Fentanyl:  “Just 2 milligrams — an equivalent to about 32 grains of salt — can be enough to kill a person”, said Jessica Toms, a laboratory supervisor at the Ohio Attorney General’s Bureau of Investigation (BCI). Fentanyl is similar to morphine but is 50 to 100 times more potent, according to the National Institute on Drug Abuse.

Carfentanil:   “About 20 micrograms — less than a grain of salt — can be a lethal dose for a human”, Toms said. “Carfentanil is so strong that it is used to sedate elephants.”

“The drugs can be absorbed into the skin”, Toms said, “but inhalation can kill faster. It is all about how much of the substance makes it into the bloodstream, and how quickly it can get there. For someone abusing drugs, injection is going to be the fastest and most dangerous route. But for someone who is exposed to it, inhalation of the substance is going to likely be the fastest route.”

“Both absorption through the skin and ingestion require that the substance be absorbed through multiple layers of skin or organ tissue prior to entering the bloodstream, this ultimately takes longer,” Toms said. “However, mucous membranes (eyes, nose, mouth) will be faster as these areas of your skin are thinner and were naturally designed to absorb materials.”

To avoid accidental exposure, law enforcement should exercise caution and be aware of how they are handling items at crime scenes.

Last July, Ohio Attorney General Mike DeWine warned law enforcement agencies to reconsider testing drugs on the scene because of the danger involved. “Field testing is not a good idea,” he said. “The risk is too high.” DeWine urged BCI’s Criminal Intelligence Unit to put out a series of law enforcement bulletins to make sure officers are informed about opioids and the dangers of handling them.

If testing must be performed, officers should wear proper protective equipment and test in an open, well-ventilated space, she said. Officers should be aware of what they are touching while wearing their gloves as to avoid creating an exposure incident after their gloves have been removed.

“Lastly, we recommend that suspected drug evidence be packaged in plastic to prevent the substances from spilling or leaking,” Toms said.

In case of exposure, an officer should wash his or her hands and immediately seek medical assistance.