What is a Bail Bond? 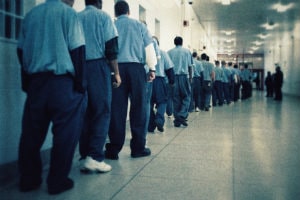 According to Prison Policy Initiative, 32% of the accused sit in prison cells serving time before they have even been convicted, solely because they can’t afford to post bail. In Columbus, the average bail amount is about $50,000 – an amount well out of reach for those arrested to be able to pay. Bail is an agreement between you (the defendant) and the court. As the defendant, you agree to post a specific amount of money in exchange for the assurance that you’ll return to court for your scheduled court date. Appear in court as scheduled and you get your money back. But if you don’t show up for even one of your court dates, you forfeit your $25,000 and a warrant for your arrest will be issued. If you can’t post bail, you stay in jail until your trial date – possibly for months.

How is the Bail Amount Determined?

Normally the majority of jurisdictions use a schedule for bail to decide the bail amount that should be set. However, the judge hearing the case has considerable leeway when they decide to set bail.

Example #1: If this was your first offense, you are employed, and have family in the area, the judge may choose to reduce your bail amount below the scheduled amount; possibly discard it completely.

Example #2: If you have multiple offenses on your record and the judge thinks you might be a “flight risk”, the judge may choose to increase your bail or even revoke your ability and permission to post bail.

For a low-level offense, some jurisdictions may assign your bail as soon as you’re booked and not wait for an initial hearing. A police officer will advise you whether you will be able to immediately post bail using a credit card.

What is a Bail Bond?

Chances are you will have to get a bail bond to get out of jail if you or your loved one has been arrested for any type of serious crime. You may have also seen television commercials about bail bonds, but unless you’ve directly dealt with the issue of posting bail, you may find that you need a brush up on your knowledge about bail bonds.

You put down a small percentage for the total amount, a bail bondsman gives you the rest of the money needed for your bail. For example: If your bail is $15,000, you would deposit $2,000. The bail bondsman would provide the $15,000 bail needed for you to “post bail.” Most bail bond companies also will require collateral. Collateral is usually a deed to your house, car or jewelry of equal or greater value. After your trial is over, the court repays you, and the money is returned to your bail bondsman.

How much will a Bail Bondsman charge for this service?

They charge a fee that is usually 10-30% of your bail bond amount. This fee is normally not refundable. Sometimes they charge an “application fee”.

It is critical that you retain a criminal defense attorney with a record of success.

We have achieved positive results under the most difficult opposition and earned a solid reputation in over 45 years practicing exclusively criminal defense. Attorney Sherman is included in “Best Lawyers in America®” (earned by 1% of all lawyers in the U.S.) for 16 years running. He is honored as “Ohio Super Lawyer®”  (2.5% of Ohio attorneys), rated as “AV Superb” by his peers, and “top 100” by the National Trial Lawyers of America.
Practicing in state & federal courts, he has represented hundreds of people and tried over 450 jury trials. Although alleged crimes vary the approach is the same; be meticulously prepared and be ready for trial.