Should Kids Be Allowed To Waive Their Miranda Rights? 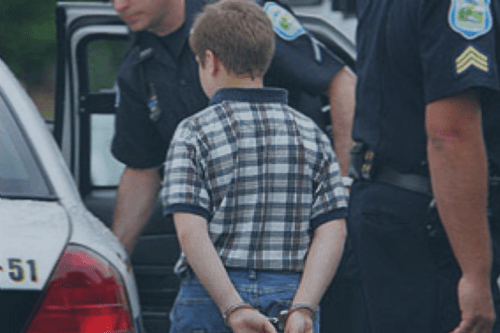 Chances are that you’ve heard some version of the Miranda Rights before. You don’t have to be involved in a crime to have heard it, thanks to crime TV shows.

The Miranda Rights start with the famous “You have the right to remain silent…” It’s likely that you can recite the rest, but surprisingly, a lot of people don’t understand what the Miranda rights actually protect.

Protection Offered by the Miranda Rights

By law, a law enforcement officer is supposed to read the Miranda rights to the suspect at the time of his/her arrest. The major benefits include:

A defendant may choose to uphold these rights or waive them. In the event that the defendant chooses to waive his or her Miranda rights, and chooses to speak directly to officers in the absence of an attorney, then under the law, such correspondence is not coerced or involuntary.

Law enforcement officers also read Miranda rights to juveniles if they’re suspects. The issue is that juveniles often don’t fully understand the rights read to them, or even worse, the implication of waiving their Miranda rights. Because of this, the rate of waivers among juveniles is alarmingly as high as 90 percent.

This makes us question…Why?

One reason is of course understanding or lack thereof. In 2014, the Harvard Medical School and others identified 371 variations of the wording of Miranda rights. Of this number, an impressive 52 percent required at least an eighth-grade reading level for proper understanding. Comprehension becomes even more difficult once you factor in the added stress that plagues juveniles under arrest.

Another reason is the limited memory of all the rights that are included in Miranda. Taking advantage of one’s Miranda Rights goes far beyond understanding the verbiage. It’s equally, if not more important to remember all the rights later, after the arrest and during the interrogation.

Waiving of Miranda Rights by Juveniles

On the heels of these shocking stats are several cases relating to the waiving of Miranda rights by juveniles. On one hand are cases that dispute whether a juvenile actually waived his or her Miranda rights at all. On the other hand are cases that dispute whether the rights were stated in a way to make the juvenile understand what rights were protected.

A number of states are currently considering adopting a revised Miranda standard. This would address many of the concerns regarding Miranda rights and juveniles. Proposed processes that would address some of these concerns include:

Implementing a version of Miranda specifically for juveniles that are easier to understand.

Stipulating a minimum age requirement, meaning that juveniles below the age limit would be legally unable to waive their Miranda rights, make a confession or even speak to a police officer in the absence of a parent or guardian.

The foremost importance of Miranda rights is to protect against self-incrimination during questioning. Therefore, it’s critical to consult an experienced defense attorney like Terry Sherman if you or a loved one is of the belief that Miranda warnings were not properly provided or were improperly or unfairly waived. Call us now.