Proposed bill seeks to clarify law regarding handguns in churches 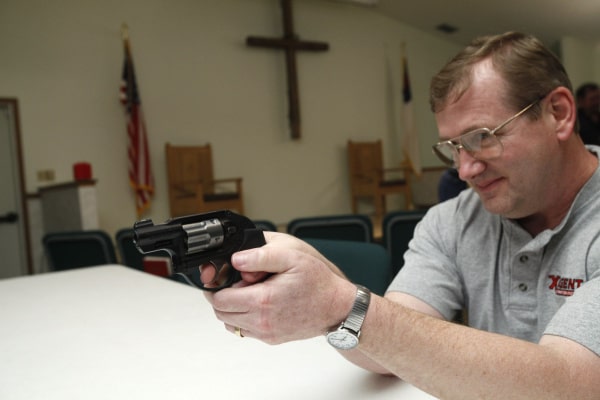 As related to House Bill 452, Republican Rep. Nino Vitale insisted to fellow House members seated on the State Government committee that his aim isn’t to change law to allow guns to be carried in churches. Rather, the object of the bill is to clarify what comprises a place of worship.

Vitale’s resoluteness, however, is undercut to a degree by the bill’s summary, which notes the measure is “to generally permit a concealed handgun licensee to carry a concealed handgun in a place of worship.” “One of the biggest issues I hear is the confusion with lawful concealed carry in places of worship,” said Vitale, a gun instructor who also teaches state concealed carry classes. “Current Ohio law states a private property owner that does not wish permit holders to carry on their property must post a sign stating its prohibition. “However, with places of worship, one must obtain permission from ‘the proper church authority’ before carrying a concealed weapon in a place of worship. This is where the confusion lies.”
In the case of Catholics, such as Vitale, a lawfully permitted congregant must seek permission of the parish council, the bishop, the parish priest or the parochial vicar, he speculated during sponsor testimony of HB 452.

“If I worship in a rented facility, do I need to obtain permission from the leaders of the faith community as well as the private property owner?” he continued. “If I am not in the worship space, but a gathering hall, or corridor attached to the worship space, can a law abiding Ohio Conceal Carry holder legally carry in those areas? “The law is gray, at best.”

According to Ohio Legislative Service Commission analysis of the bill, an ongoing provision of the law permits the owner or person in control of private land or premises to post a sign in a conspicuous location on that land or on those premises prohibiting persons from carrying firearms or concealed firearms on or onto that land or those premises. Were that the case and such a sign was placed in a conspicuous location at a place of worship, a licensee who knowingly carries a concealed handgun in the place of worship in violation of the posted sign is guilty of criminal trespass, a fourth-degree misdemeanor.

“What this bill states is that we treat a worship space just like any other private facility,” the lawmaker said. “If they do not wish for law abiding Ohio CCW permit holders to carry, simply post a sign, as stated in the Ohio CCW Blue Book. All CCW permit holders are trained to look for this sign. And so are any out of state CCW permit holders.” The practice, Vitale said, is the same for retail establishments, restaurants, entertainment venues and small businesses. “It is very clear if the owner of the property allows or does not allow carry as we simply look for the posting sign or one like it,” he concluded.