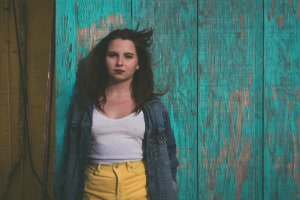 As defined in the federal Trafficking Victims Protection Act of 2000, the legal definition of “trafficking in persons” is:

In 2012, Ohio passed legislation guiding the identification of victims of trafficking in persons and guiding the prosecution of traffickers and purchasers of commercial sex from minors. The table below provides summary data on those cases from Ohio’s agencies and partners. 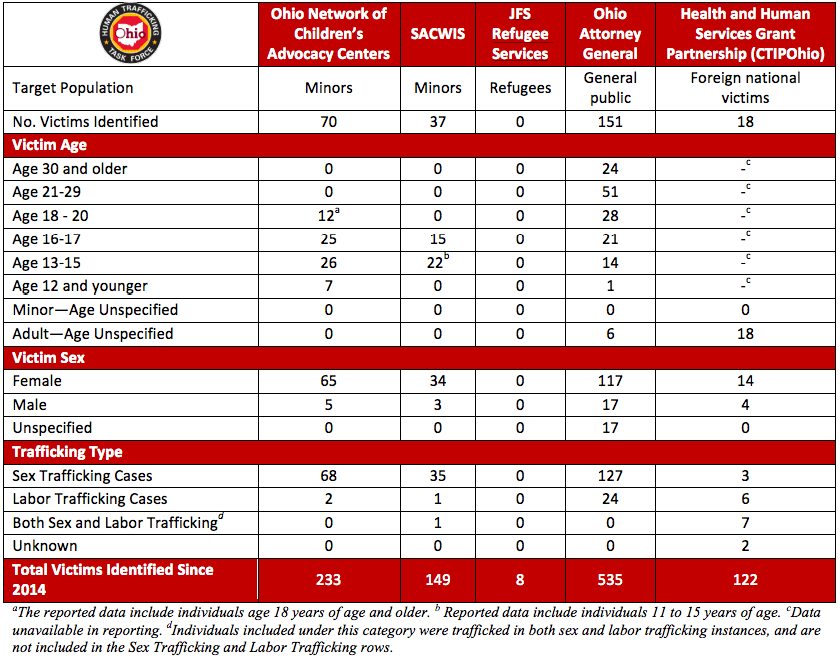 The Combating Trafficking in Persons in Ohio (CTIPOhio) grant program, funded by the U.S. Department of Health and Human Services, provides assistance to foreign national victims of human trafficking in Ohio. Through a grant partnership with the Office of Criminal Justice Services, The Salvation Army of Central Ohio/Central Ohio Rescue and Restore Coalition, The Salvation Army of Greater Cincinnati/End Slavery Cincinnati, and Lutheran Social Services/Lucas County Human Trafficking Coalition, and additional outreach partners, the program identified 18 victims in 2016.

Data Limitations –
Ohio has made notable progress in data collection efforts since HB 262 passed in 2012. However, given the relative newness of state laws (and awareness of the federal law) and well-documented complexities resulting in underreporting and identification of trafficking victims, there is much work to be done in reliably determining the prevalence of the crime both in Ohio and the United States. The data compiled in the table is the first step in creating a statewide overview of the number of victims identified and referred for services in local communities. It is critical to note that the numbers reported in Table 1 should not be aggregated across different sources as there are likely instances in which a single individual is being served by multiple agencies.
​