Former firefighter who helped in NYC after 9/11 ruled not a victim of crime. 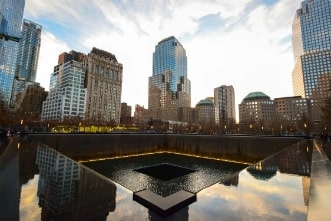 A Springfield, Ohio firefighter who traveled to assist the cleanup of the World Trade Center rubble, is not entitled to compensation as a victim of crime, the Ohio Court of Claims ruled on Tuesday.

The court wrote that Fred Zerkle didn’t prove that he was a victim of terrorism, and was not entitled to receive compensation from an Ohio fund for crime victims, because “he was not on the scene when the violent act or act dangerous to human life occurred.” Nor was Zerkle an indirect victim of crime, the court concluded.

Working as a firefighter in Springfield, Zerkle decided to assist with operations in New York City during the months following the terrorist attacks on Sept. 11, 2001. As part of his work, he filled out paperwork and dug through the rubble at ground zero. He stayed in the city for about a month.

After he returned to Ohio, Zerkle took a job as a postal worker, but he developed physical and mental health issues. He recounted that he had a light heart attack, then was diagnosed with respiratory problems and post-traumatic stress disorder. He had to stop working and has been unemployed since. He attributed the health problems to his time helping at the site of the terrorist attacks.

Zerkle submitted claims to the 9/11 Fund and to Social Security for disability. In August 2015, he also applied to the Ohio Crime Victims Compensation Fund, asking for reimbursement of his medical costs as a victim of crime. The Office of Attorney General, which administers the program, rejected his application in March 2016, concluding that he traveled to New York City sometime between October and December 2001, months after the terrorist attacks, and didn’t prove he suffered criminally injurious conduct as required by state law to award compensation.

Zerkle appealed to the Ohio Court of Claims, which handles appeals from the attorney general’s decisions on applications made to the crime victims fund.

The law governing the Crime Victims Compensation Fund states that criminally injurious conduct includes terrorism, which is defined as an act that is violent or dangerous to human life. Zerkle contended that the 9/11 terrorist attacks extended months after that tragic day because people were injured during the cleanup afterward and the air in the area was contaminated for 6 months or longer.

The magistrate who heard the case recommended to the court that the attorney general’s decision be upheld, stating that “[t]he [a]ttorney [g]eneral does not dispute [Zerkle] suffered physical and mental injury in the cleanup effort, however, Mr. Zerkle was not the victim of terrorism.”

The magistrate concluded that Zerkle didn’t qualify for compensation as a crime victim because he wasn’t a victim of an act that was violent or dangerous to human life.

“[T]hese activities or acts have to be violent and cause an immediate threat of substantial personal injury or death,” the magistrate’s decision stated. “[A]pplicant was not injured as a direct result of any act of terrorism.”

In a 1989 case, the Court of Claims addressed whether a person could be an indirect victim of crime when arriving to a location after a crime has taken place. The court in that case explained that an applicant in this situation is a crime victim only if he or she arrived at the crime scene while the crime was still happening or immediately afterward. However, the magistrate concluded that Zerkle didn’t meet this requirement either.