Fentanyl is a growing epidemic: Cops are cracking down 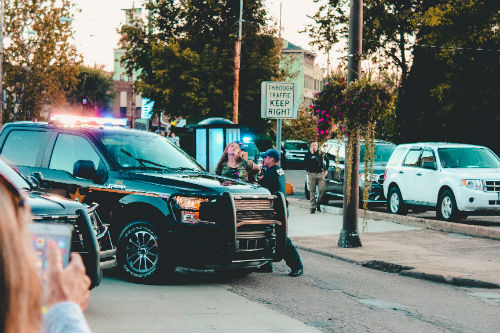 Fentanyl:  “Just 2 milligrams — an equivalent to about 32 grains of salt — can be enough to kill a person”, said Jessica Toms, a laboratory supervisor at the Ohio Attorney General’s Bureau of Investigation (BCI). Fentanyl is similar to morphine but is 50 to 100 times more potent, according to the National Institute on Drug Abuse.

The total number of fatal drug overdoses in Ohio, increased to a record 4,854 last year. That’s an astounding 20% increase from the previous year. According to the Ohio Department of Health, this was the 8th year in a row to show an increase with the synthetic opioid fentanyl fueling the epidemic.

A spokesman for the Ohio Department of Health, says while a review of the data confirms fentanyl is absolutely driving overdose deaths, Ohio also is seeing significant progress in reducing the number of prescription opioids available for abuse.

A frightening state report on drug trends stated that drug cartels have flooded Ohio with fentanyl. In fact, many users don’t even realize they’ve taken fentanyl because it’s being cut into heroin, cocaine and even being pressed into prescription opioids.

According to the chief executive officer of the Ohio Council of Behavioral Health & Family Services Providers, Lori Criss, “Drug dealers are flooding communities with different drugs to see what takes. They are very smart business people.”

Gov. John Kasich’s administration is spending more than $1 billion a year to fight the drug epidemic, most of it to provide addiction treatment through Medicaid expansion. Ohio is also investing in providing the opioid-overdose antidote, naloxone, to first responders supporting efforts including drug courts, housing for addicts in recovery as well as educational programs.

Naturally, along with the fight against the drug epidemic, comes an increase in drug-related arrests, such as drug possession and DWI arrests. This only adds to Ohio’s increasingly overpopulated prisons.

Defense attorney Terry Sherman can fight for your freedom. Call 614.444.8800 to discuss your charges. Your phone call is free.