Can police question a child without a parent present? 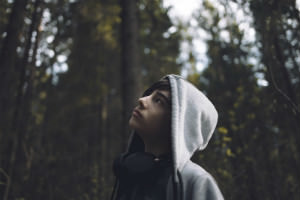 Even the most precious children are capable of committing heinous crimes. And while parents may be willing to do nearly anything to protect their children, police do not have to allow parents to be present during an interrogation. The best thing a parent can do for a child facing a police investigation or criminal charges is to hire a qualified juvenile justice attorney.

In fact, when conducting certain investigations, such as those involving abuse, or neglect, by a parent, officers usually question a child privately to avoid parental coercion. While parents can tell their child to refuse to speak with police investigating a crime, refusing investigators from Child Protective Services might result in some serious consequences.

What are the constitutional rights of juveniles?

Children have the same protections as adults, and may even have more protection since their age makes them more vulnerable. Historically, courts have ruled that children are entitled to being Mirandized, and may even be entitled to an earlier and more detailed Miranda warning than adults.

But, apart from identifying themselves, children do not have to talk to police at all. The constitution provides them with the right to remain silent, and children also have the right to have an attorney present during questioning.

Parental permission to speak with the police.

Parents often get upset when they learn that their child was questioned by police officers without their expressed permission. Juvenile justice varies from state to state, but most jurisdictions require parents be notified when a child is detained, and others will ask for parental consent before questioning a minor, even though doing so is not constitutionally required.

Typically, law enforcement officers will attempt to contact parents for the sake of health and safety, as there may be important information for officers to know about, such as a severe peanut allergy. Also, parents can unwittingly provide helpful information to officers.

Many older adolescents and teenagers may be more inclined to speak to officers if parents are not notified. It should be noted that officers are under no obligation to tell the truth concerning parental notification. Further, teens should understand that giving up your right to remain silent can be a very dangerous choice without consulting your own attorney.  A parent cannot represent their child in the criminal justice system.