Arrested for legal medical pot? Here’s what you need to know about “affirmative defense”. 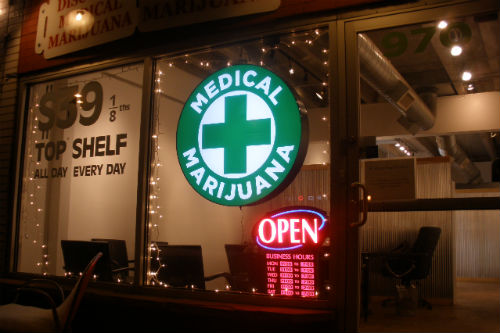 After months of waiting and several launch date push backs, Ohio’s online portal for medical marijuana registration finally went live. While doctors who have been certified by the State Medical Board to recommend marijuana can access the website, that doesn’t mean marijuana products are legally available for purchase yet.

State officials said medicinal cannabis products should be available for patient purchase by the end of January.

After receiving a recommendation from their doctor, patients will be able to access the registry for an annual fee of $50 ($25 for caregivers), and either print out a registration card or save it on their cell phone to show to licensed dispensaries.

Although it’s been inconsistently applied, the law generally allows someone arrested for possession of or use of medical marijuana to argue before a judge they otherwise qualify under Ohio’s law.

If the patient displays a physician’s recommendation and is using cannabis in a form allowed under the law, it will then be up to the judge whether to accept the argument and look the other way.

This is called the “affirmative defense”, which is part of the 2016 law that legalized marijuana for medical use only. The law’s author intended it as possible protection for those in need of medical marijuana before the product was available in Ohio, and would potentially allow them to get it from another state, such as Michigan. However, there have been cases of people being charged for possession despite the defense.

“We have literally thousands of patients who are ready to be enrolled,” said Connor Shore, president of Ohio Marijuana Card. “These are people who need marijuana, not to get high, but because it is medicine for them. We have cancer patients, veterans and pain patients who are really suffering, so this day is very exciting for them.”

A handful of licensed growers are prepping and have a limited amount of product expected to be available soon, however, it remains to be seen when a reliable supply will be produced to allow retail dispensaries to open their doors.

According to House Bill 523, the 2016 law legalizing medical marijuana only allows for use in oils, tinctures, patches, edibles, and plant matter. The law strictly prohibits smoking, but it does allow vaping.

Keep in mind that all of those products will need to be purchased at a licensed dispensary. The law forbids the home-growing of marijuana.

Prior to the portals launch, no legal registration card had been available in Ohio, although some doctors were issuing recommendations before they were officially certified to do so.

If you’ve been charged with marijuana possession and you believe you qualify for an affirmative defense, you need an experienced attorney by your side. Contact Terry Sherman 614-444-8800