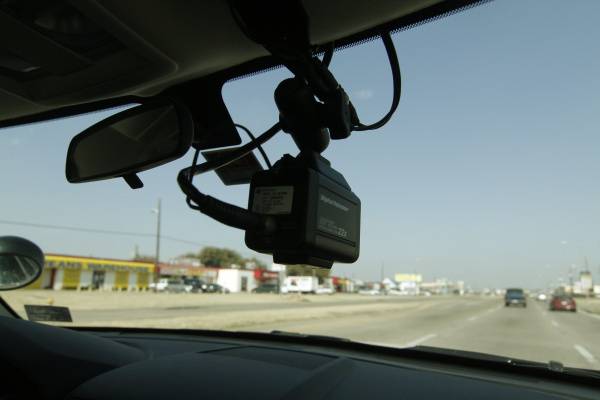 A body-worn camera recorded a university police officer’s shooting and killing of a motorist, and a patrol cruiser’s dashboard-mounted video camera captured a high-speed car chase and arrest. In both cases the Cincinnati Enquirer’s requests for copies of the video were denied by law enforcement. The newspaper and other media outlets are now seeking to have the Ohio Supreme Court deem “bodycam” and “dashcam” videos as public records open to immediate inspection.

The Supreme Court will hear oral arguments next week on the Enquirer’s requests. The Hamilton County Prosecutor’s Office and the Ohio Attorney General’s Office contend the videos should be classified as confidential law enforcement investigatory records (CLEIR) that are exempt from release in R.C. 149.43, known as Ohio public records act, and that the delayed release of the videos was reasonable.

In State ex rel. Cincinnati Enquirer v. Deters, five other media outlets join the Enquirer in seeking a writ of mandamus compelling the Hamilton County prosecutor to promptly release bodycam videos. The writ is based on their complaint that video from the July 2015 shooting of Cincinnati resident Samuel DuBose wasn’t made available for nine days.

Ray Tensing, a University of Cincinnati police officer, pulled DuBose over during a traffic stop on a city street near the university. Tensing activated a bodycam as he approached DuBose, and the stop resulted in Tensing killing DuBose. As the Cincinnati Police Department and the university police investigated, a Hamilton County assistant prosecuting attorney arrived on the scene, requested a copy of the bodycam video, and advised the departments not to release the video publicly until the prosecutor’s office could present it to a grand jury.

The media requests for the video from the police and prosecutor were denied. The prosecutor issued a statement saying, “The video will be released at some point – just not right now.” The prosecutor raised the concern that the release of the video could jeopardize Tensing’s right to a fair trial guaranteed by the U.S. Constitution’s Sixth Amendment, and maintained the video was a CLEIR under R.C. 149.43(A)(1)(h).

The media outlets filed the writ with the Court, but two days later a grand jury indicted Tensing for murder and voluntary manslaughter, and the prosecutor released the video the same day. The prosecutor argues the action to seek a writ is moot because the recording was released, but the media maintains the situation is capable of repetition and asks the Court to address the issue.
Newspaper Seeks High-Speed Chase Recording

In State ex rel. Cincinnati Enquirer v the Ohio Dept. of Pub. Safety, the Ohio State Highway Patrol received a 911 call in January 2015 from a motorist who saw a vehicle without a rear license plate traveling south on Interstate 71. When a Highway Patrol trooper saw a car matching the description, she followed and activated her emergency lights, which automatically turned on the cruiser’s dashcam. After about a half hour’s pursuit, officers were able to detain the driver, Aaron Teofilo, who was arrested and charged with multiple felonies.

An Enquirer reporter requested dashcam videos along with the 911 call and the arrest and incident report from the Highway Patrol. The records were denied after a county prosecutor asked the agency not to release the information. When the reporter asked about the basis for the rejection, the Patrol cited the CLEIR exception. Teofilo was indicted, and the Enquirer filed the writ. After Teofilo pled guilty to offenses related to the highway pursuit, the Ohio Public Safety Department supplied dashcam recordings to the Enquirer.

In addition to the police video cases, the Court will hear two other cases on Tuesday, June 14 at the Thomas J. Moyer Ohio Judicial Center in Columbus. The Court’s sessions begin at 9 a.m., and the arguments will be streamed live online at sc.ohio.gov and broadcast live on The Ohio Channel.

Along with the brief descriptions below of the remaining two cases, the Office of Public Information today released previews of the four cases.
Groups representing business and retail consumers challenge the Public Utilities Commission of Ohio’s grant of a rate plan for the Dayton Power & Light Co. (DP&L) that includes a “service stability rider,” which pays the company $330 million over a three-year period. The groups argue In the Matter of the Application of The Dayton Power and Light Company that the rider contains “transition revenues” to be paid by electricity users. When the state deregulated electric generation service and let customers choose suppliers, it allowed DP&L to collect transition fees for a set term that has ended. The groups contend the PUCO is illegally allowing the fees to be passed on while the commission and company argue the fees can be assessed to ensure reliable and stable service within DP&L’s service territory.

In State v. James, a man whose 1998 conviction in Clark County was overturned because a proper waiver of counsel at trial wasn’t obtained has filed a civil case alleging wrongful imprisonment. The man maintains he has identified a procedural error that occurred after sentencing and during or after imprisonment, as mandated by the wrongful imprisonment statute. The state contends the counsel waiver error happened at trial, not post-sentencing, and the other errors the applicant has asserted, including the prosecutor’s decision not to retry him, also don’t meet the law’s requirements.