A new Ohio law will conceal the addresses of abuse victims. 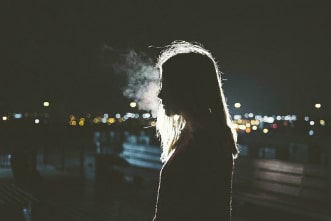 Victims of domestic violence and other crimes can now shield their home addresses from public documents, including their voter registrations, under a new state law that took effect this week.

Republican Secretary of State Jon Husted announced the launch of the Safe at Home initiative during a news conference Thursday in Cleveland at the Domestic Violence and Child Advocacy Center of Cleveland.

Residents who have been victims of domestic violence, stalking, human trafficking, rape or sexual battery can apply to the secretary of state’s office for inclusion in the program.
​
“It is unacceptable that there are those in America who are forced to choose between their personal safety and their personal liberties” Husted said in a released statement afterward. “We know there are those in Ohio who choose to not register to vote and participate in our democracy out of fear for their well-being, but today, we’re bringing that to an end.”

The secretary of state then will provide a place for victims’ government-related mail to be collected without revealing their home addresses. Participants will also receive identification numbers for use in requesting ballots & participating in elections.

“The terrible reality is that victims in Ohio cannot safely register to vote, or provide a personal address on government documents, without making it a public record,” state Rep. Mike Duffey, R-Worthington, a primary sponsor of the law changes, said in a released statement. “In one case, a woman was tracked three times as she moved to avoid her abuser, but because her address wasn’t confidential, that abuser was able to find her and climb into her bedroom window at night carrying a gun. No person should have to choose between the right to vote and simply being safe at home.

Information about the program is available online at www.SafeAtHomeOhio.com. The website includes links to groups that will assist eligible residents with the sign-up process. Nearly 40 states have comparable address confidentiality programs in place.