9 Tips to Help You Win Your DUI Case

by Terry Sherman | All, DUI 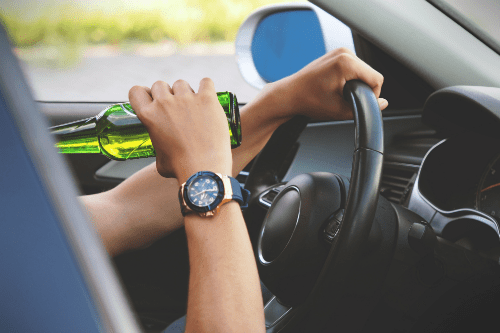 Don’t ever assume that your DUI case is unbeatable.
These are very complex matters, and there is a wide range of defense strategies that have proven extremely effective in these types of cases.

While there are many effective defense strategies, here are 9 ways to win a Columbus DUI case.

1. The Traffic Stop Was Illegal And Wasn’t Supported By Probable Cause

A police officer needs to have a reasonable suspicion to pull a driver over. If the police officer can’t explain why he or she reasonably suspected the driver had broken the law, then the traffic stop may be declared unconstitutional and the DUI charge may be dismissed.

2. The Arrest Was Illegal And Not Supported By Probable Cause

An officer needs to have probable cause to arrest someone. If the officer didn’t have sufficient evidence to merit probable cause, the arrest may be declared unconstitutional. The drunk driving charge could be dismissed.

Field sobriety tests are always voluntary. If a police officer forced the driver to take a sobriety test, the accused individual’s Fourth Amendment rights might have been violated which means the test results could be thrown out.

Furthermore, it’s important these tests are administered properly. For example, if the tests are conducted on uneven ground, they could be considered invalid.

4. The Breath Test Was Administered Improperly Or With Faulty Equipment

There’s a right way and a wrong way to use a breath test machine. If an officer uses the machine incorrectly, the results could be thrown out. Additionally, mechanical issues may impact the accuracy of the results.

Some machines are affected by temperature. For example, if the machine is stored in the trunk on a cold day and not allowed to warm up prior to being used, the results might not be accurate and should be considered invalid.

5. A Medical Issue Or Some Other Factor Interfered With The Breath Test

Your lawyer will review the case to determine if any interfering factor was present and seek to have results thrown out.

6. The Blood Test Was Administered Improperly Or The Equipment Was Faulty

While blood tests are typically conducted in a more controlled environment than breathalyzers, there is still the possibility of errors. For example; Was an alcohol swab used on the draw site? Was the sample handled correctly during the testing process? Any issue that might interfere with the accuracy of the results could lead to the results being considered invalid.

7. A Medical Issue Interfered With The Blood Test

There is an enzymatic method is typically used for determining alcohol content in blood tests. However, this method may lead to inaccurately high readings that confuse serum alcohol, which might be produced by tissue trauma, like bruises, with ethyl alcohol. If there’s reason to believe that such a factor interfered with the blood test, the results should be thrown out.

8. The Accused Was Not Operating The Vehicle

Occasionally, a person will be charged with DUI even though he or she was merely caught sitting or sleeping in the vehicle. If the police officer did not personally witness the individual driving while intoxicated, the case can be dismissed.

In cases like these, the court must determine whether the evidence establishes beyond a reasonable doubt that the defendant was either in actual control of the vehicle (keys in ignition or engine running) or driving.

The location of the DUI dictates which courts will hear the case and which police officers can conduct the arrest. In some cases, if an officer makes an arrest outside of his or her jurisdiction, it can be used as part of a defense strategy. The prosecution has a limited amount of time to try your case. If the Commonwealth fails to prosecute during the allotted time frame, the case can be dismissed.

If you’ve been accused of DUI, take action to ensure that it doesn’t impact your life. Columbus DUI defense attorney Terry Sherman will help you secure the results that you need to be able to move forward with your life. Schedule your free consultation