5 Things not to do when facing assault charges 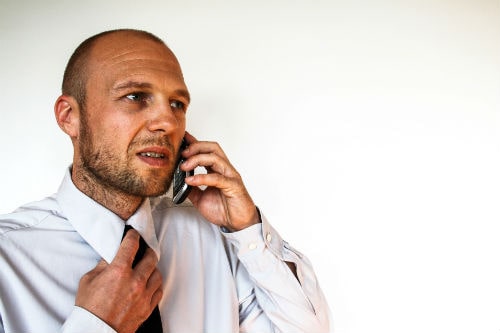 You didn’t intend to get involved in a fight when you went out for a night with your friends, but one thing led to another and you ended up getting pulled into a violent altercation and the police got involved. Now, you’re facing assault charges and you’re not sure what to do. Making the wrong choices could be detrimental to your case.

Here’s a list of common mistakes made when facing assault charges.

Talking to Police. Police are trained to manipulate you to get what they want, this includes evidence against you. For example, let’s say that you’ve been involved in a violent bar fight and the police are called. They might take you aside, hand you an ice pack for your swollen knuckles, tell you the other guy is clearly at fault and ask you for your side of the story. Naturally, you’ll want to explain yourself and tell your side, so you do. At that point, the police arrest you and charge you with assault. Unfair but legal, and also avoidable. The truth is, you don’t have to talk to the police. You’ve heard of your right to remain silent. That’s not just for after you’re arrested. You don’t have to speak to the police ever. Exercise your right to remain silent and stay silent until you talk with an attorney.

Talking with Others About the Assault. Being involved in an assault can be traumatic. It’s natural to want to talk about what happened with other people, to explain your side of the story or ask for advice. Just like talking to the police can hurt you, anything you say to other people can be used against you in court. This even includes those closest to you, like siblings and parents. It’s best to not discuss the incident with anyone except your lawyer.

Posting About the Incident on Social Media. Any time you’re involved in an incident that might result in you appearing in court, do not post about it on any social media forum, including Facebook, Twitter, or SnapChat. Prosecutors absolutely love to blow up huge images and Tweets for the benefit of the jury and use your words against you. So post anything, not even a fist emoji. It can be taken out of context and turned around to hurt you.

Contacting The Victim of the Assault. You may want to apologize, or clear the air, especially if the victim was a friend. Regardless of the reason, don’t do it. This is because anything you say to the victim may be used against you in court. Even if you had the best intentions.

Destroying Evidence. Maybe you’re reading this after you’ve already posted a video of the incident. Don’t delete the post and don’t delete the video from your electronic devices. This considered destroying evidence and can actually land you in more trouble.

Just like there are there are lots of things you can do that will hurt your case, there are also things you can do to improve your situation. With the help of an expert criminal defense attorney, you can give yourself the best chances of putting this behind you. Call Terry Sherman today to schedule a free legal consultation!